We are not trophy home types. We don’t drive fancy cars–our new car is a 2005. We don’t spend time gadding about. We pay our bills. We are deferential to our elders, most of the time we treat others with respect and if we don’t we feel really bad about it later. We stop at red lights, we don’t try to whiz through. We pick up litter on the trail and make sure we never leave anything behind that would let others know we had been there before them. We are conservative about the amount of credit we use. Our mortgage on our house that burned was $144,000 and our car payment is $172 a month.  That’s it. No more debts. Now we don’t even have that much since we used the house insurance money to pay off the house that was.

My first action was to glower at the bill payer in the family (my spouse). He helpfully volunteered, “I did pay a couple of things a few days late.” Well, that is normal. Not enough to whack my credit rating that bad. I scoured the reports looking for some clue of what was going on. I could find nothing. I did find several credit cards I had no idea I had and one I did not even know I ever applied for. All of these showed $0 balances and non of them showed any late payments for 15 years.

What happened? I am upset. As anyone who knows me could tell you I don’t like being good where money is concerned. I like being excellent. In fact, my nickname at the office is the budget savant. In years past when I had multimillion dollar research grants our financial folks in the office would use my budget knowledge like a kid’s toy. They would ask me the balance on a particular part of the budget and then go do the math to see if I was right. I was rarely wrong. Someitmes when they got some result that did not seem quite right they would come ask me what it was supposed to be and then back-check. When I go to the grocery store, even thought I am not counting what is going in the basket, I  can estimate what the total will be well within a 3 points plus or minus margin of error. Gallup would love me for a ticker but alas there are no polls on how much I spend at the grocery store.

So how did my credit score go from nearly perfect to merely good? The replacement shopping. I have spend tens of thousands of dollars on my credit cards replacing things that burned. True to myself, I have not spent more than the insurance company has given us. But, from a simple review of my spending sprees it would look like I had a mid-life crisis, got a divorce and bought a Ferrari.

I am too old to have a mid-life crisis, I am still married and to replace our 1996 one we got a “new” 2002 Subaru station wagon, paid for in cash, about a month ago.

My credit score is still good enough to help us easily qualify for a new mortgage but its sudden decline was a shock. In a million years it would not have crossed my mind that one of the negative consequences of a residential fire is to lower your credit. We are lucky. We don’t have kids at home, we have reliable cars, at least one of the two of us have always had a job, we are not pushed into crushing debt by medical expenses and we have good investments in our retirement accounts. If this can happen to us when we are so stable in our lives what could it mean for a young couple or a family with children, or someone suffering with a serious illness? This is something that neither the Red Cross nor the Insurance company mentioned. It is not something that one puts two and two together just because two and two go together. It was only because we had refinanced our house shortly before it burned that I even knew my score so that I could compare.

To give myself credit, I had thought about the whole credit thing but not form this perspective. When I was first starting to replace our stuff, including a refrigerator, a washer and dryer, a bed and clothes and shoes all in the same week, I called American Express to tell them that all the sudden spending activity was me not some identity thief. Turns out they were not worried. I don’t know what the spending patterns trigger those identify theft alerts but I thought I might have done it. Apparently not.

When we had sorted out that I was me and that they were never worried about it to begin with, I asked them to raise my credit limit. They happily obliged. I could now go out and buy the trunk of a Ferrari with that credit card–well, maybe only a steering wheel but part of a Ferrari for sure. When I asked for the increase the nice man on the other end of the phone said it would take a few days to process. That seemed fine to me. He put me on hold and almost immediately came back on the line and said it was approved. I could tell he was surprised. My credit with them was good enough for them to double my limit in less than 5 minutes.

Those who watch my debiting and crediting with the company I have good credit with think I am in over my head. They are right. I have not been out of the deep end of the pool since our house burned June 28, 2012. What they don’t know is that I have a check in the bank that pays for all of those things I bought before I bought them. I don’t know how you explain to a credit score company that you have not spent and payed beyond your means because you are replacing all of your worldly goods.

I do understand it though. It makes sense. Yet, again I am surprised by the widespread effect of having your home burned to the ground in a wildfire. Like the smoke, it permeates everything leaving a burning, acrid sense of inescapable companionship. 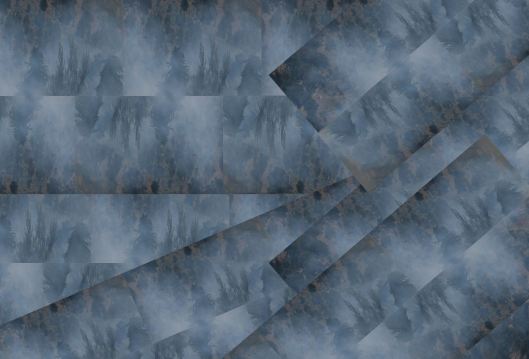