A few years ago, long before the fire, we went hiking in the mountains across the valley from our house. While not far away, it is a different mountain range from our side with entirely different surface and there are even differences in how they came to be when the earth’s crust and rock below was crumpled into the Rocky Mountains. These new mountains held a lesson for us.

We felt like strangers in a strange land.  Our trails are brown with dusty dirt and round rocks littering the trails and the surrounding terrain. Sagebrush and blond, thigh high grasses dominate. The surface of this trail was slippery with loose, flaked, sharp white shale. The trail went straight up without any switchbacks. The sun was hot. As we struggled to the top we kept saying to ourselves, “It would be a shame to stop just before the summit.” Sophie, our dog who loves hiking almost more than chicken and corn on the cob, was flagging.

We stopped for a break and one of us set of a small rock slide. As we watched the shale hurtle over the edge of the trail and down the side of the mountain we realized that there was nothing between the edge of the trail and the ravine 500 feet below us. A little unnerved, we ignored the top and return to the car. When we finally descended below treeline and came into the cool forest, Sophie began to stop and just stand in the trail. At first we thought she was waiting for us. Then we though she was just resting in the cool of the forest.

About a mile from the car we came to a stream crossing. Sophie painfully moved down to the water and stood there. After a break we started again but Sophie did not move out of the water. I went to her and encouraged her to come along. After a valiant try she stopped where she stood. She could go no further. Her paws had been burned on the hot white rock and her pads were blistered. I gave what first aid I could and urged her toward the car so we could properly treat her burns. She could not move. My spouse picked her up and began to carry her. My heart wrenched as I watched a man lovingly carry a 50 pound dog in his arms. The remaining 3/4 of a mile to the car took more than an hour.

When we got to the vet’s office they reassured us. They could help her. Burned pads were not uncommon in our hot, high mountain desert landscape. Even with the knowledge that it was not uncommon we felt sorrow knowing that we had not realized she was in trouble.

They gave us a soothing salve and scheduled her for surgery the next morning. They explained they would gently take the torn surface off of her pads and new healthy skin would return. I am well known for the fantastically large blisters I can accumulate hiking so I felt Sophie’s pain. After a few days the blisters that would still have me hobbling around was past history to her. She was ready to go hiking. Our vets had been right, it was not as terrible as it looked.

Even knowing it was a recoverable sports injury, like overprotective parents, we tried to keep her from harm. We made her wear booties when we were hiking on anything but forest floor dirt. Sophie, being the trooper that she is, kept them on and high-stepped down the trail trying to hold her head up hoping that no other dog would see her in such undignified garb. After a while we figured out that we were overreacting. We had hiked more than half of a decade in our mountains and this was the only trail injury she had ever had. Hiking was not unsafe, it was that day on those rocks. We laughed at ourselves overreacting and joked that “we should never have gone over to them fir’en mountains.”

Like so many things this year, there was a lesson in that hike. Sometimes the trip has been hot and weary and we find our feet burned with the effort of being there. We also have learned that things that seem terrible may not be so terrible after all. We learned some things can be fixed. Living in this temporary house we learned to look at a different view of the same mountains and not feel like we have vertigo. We have learned to drive a new way from town, to a temporary home without feeling the bittersweet tang of change. We have learned to make coffee with the pot on the right of the counter rather than the left where ours had resided for 15 years. We have learned how to coordinate clothes washing when we have two separate laundry hampers rather than a shared hamper. We have learned a new version of that stumbling path to the toilet in the middle of a sleepy night.

A year has passed and we have adapted. For clues on hot to adapt, we looked back to our youth when change was more common, more exciting and less difficult. We didn’t take the looking back literally but remembering that we could change more easily, even if it was two decades ago, was reassuring.

In a few weeks when we will move from Idaho to our new home in Montana. This time we are in charge of the change, not the fire. We moving into mountains even more different than the ones across the valley from where we are now. We will have to learn the lessons those mountains and use them for this next stage of our lives. 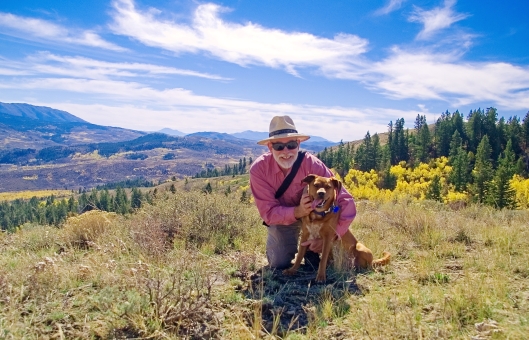 1 thought on “The Lessons of the Mountains”