Some days ask something of you in exchange for something from it. It is not like a payment but an exchange of awareness with the day. Most days we go from leaving our beds in the morning to returning to them in the night. Things happen between getting up and going to bed but they are unremarkable. Those days just ease by. Some days ask you to pay attention. 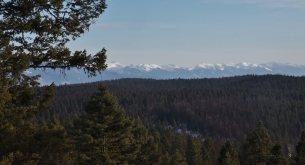 Today was one of those days that asked us to pay attention.

This morning the temperatures hovered around 15 below in our valley. School was cancelled since it was dangerously cold for young ones. We were to meet our contractor at our house this morning but instead he came to the condo where we are staying and he brought his children to meet us.

We planned to go together through the final placement of things for the little basement apartment we planed to start moving into this weekend.   There was also a very large invoice for us to pay. I had my notes and charts ready to go for our final run-through and the check was written. It was important to have the check ready to go so that our contractor could get all of his subcontractors paid. We have had electricians, plumbers, tilers, insulation, dry wall, HVAC and garage door installers all working the past few weeks. I lost count of how many people have been there working.

We are not paying a set fee for our house but working collaboratively with our contractor build it so that we both participate actively, daily in the project. Each month we receive an invoice for labor and materials for the month. The first few seemed big at the time but were not so big. Today’s invoice was big. Hopefully it is about 20% of the total cost of the house. It seems that we are finally seeing some light at the end of the budget tunnel. We shall not anticipate. Our contractor knew and we have learned that when you build a house you cannot anticipate unless you are willing to gracefully let go of that anticipation.

Our day asked us to pay attention so we could learn that living with anticipation could be graceful.

We must be out of the condo where we are by the middle of next week. We anticipated that we could start the process of moving our things from the warehouse to the Cruise Ship this Friday. We are doing the finishing work on the apartment so it is not as simple as bringing in the bed and a chair. I anticipate to do the finish work, move out of where we are and move in should take 3-4 days. We have reached the point of no margin for error.

We are doing some of the actual building work on the house ourselves. Earlier this week I was scrambling to get the Cruise Ship’s 5 foot by 6 foot kitchen in place so that the plumbers could do the final hookups by Friday. It is a tiny kitchen but this is the first time I have done a kitchen, even a small one. Yesterday I was near panic about having enough time to get things up there and make sure everything fit so I could do the final cut on the counter top, install the sink and anchor the cabinets.

I explained to our contractor that I can do all of the tasks necessary to complete the job but that I am so very slow. I did not want to be working on site with people standing and watching me while I turned a 2 x 4 around and around trying to remember which end went which way. He laughed but took me seriously. We were to meet today to go through what my spouse and I needed to do and how he could effectively slow down the plumbing progress for me to have the time I needed. I was relieved but still feeling the pressure of the plumbers and the impending move day just three days away.

Enter 15 below zero. In that cold, every degree of heat intended for warming is sucked out of the air as if it is so much ash. The warmth seems to evaporate. Thankfully we do have walls, doors and some insulation in the whole house. Downstairs in the Cruise Ship we are basically finished and have heaters running. It rarely drops into the 40s. Most of the time we have worked in there, even without garage doors or a door between the garage and the apartment, it is in the 50s. When you are working hard, that is a reasonably comfortable temperature.

However, 15 below is very cold. This morning I texted our contractor and said, “You are not working on site today” and told him it was both a question and a mother’s ultimatum. We both laughed. He came by the condo where we are living to pick up the check for the invoice so he could pay the subs.

Because school was out, he was able to bring his young ones with him to meet us. They and Sophie our dog had an instant love affair. They gave her dog cookies. Together they played tug with Sophie’s usually neglected toy lion. They piled things on her head and she sat patiently waiting for them to tell her what to do next. At one point she had her toy lion, a dishtowel (which I put on) and a winter cap pulled down low so she could not see out. She sat sphinx-like waiting the next part of the game.

We anticipated that the kitchen would go in today and that the plumbing and electrical inspection would happen and we would be stating to move in by Friday. It is not going to be.

Instead we had a day’s reprieve on the kitchen work. We were able to finish tasks that had been left unfinished in the rush to finish the Cruise Ship. Instead the house was filled with the joy and giggles of little children and a dog having fun. Instead we learned about grace. Moving Friday does not matter compared to that.