This has been a difficult and long year for us. The year was overtaken on June 28, 2012 when the Charlotte/Mink Creek Fire exploded into life about 3 pm. At 4:24 pm, our house exploded in the heat and the flames of the fire. After the fire there was nothing left but ash.

In many ways the year could be a year of ash. There were things before June 28 but I had to look in my diary to remind myself what happened between January 1, 2012 and June 28, 2012.

As I reviewed the year, I discovered it has been a tumultuous one even though the fire was the most dramatic. Between January and the fire, I was sick with multiple ongoing bouts of the flu and various other things that go by. My sister was very ill and had surgery in March. She recovered brilliantly and then broke her collarbone in June. The winter semester for both my spouse and for me was very labor intensive leaving both of us exhausted. We had planned to do something fun over spring break in March but ended up staying at home because we were too tired and sick again and there was yet more work to catch up on. We planned a fantastic camping trip for July that never happened because the house burned at the end of June. We tried to get in a camping trip before the snow but just did not have the heart for it.

While hard, the year also had some wonderful moments. We celebrated my spouse’s mom’s 90th birthday. It was a three day long celebration with all of her sons and other family and every event was happy. One of the most wonderful things of 2012 was our visit to my sister’s farm for her birthday in June. It was a beautiful week. She and her daughter had done a ton of work on their 1900 farm house. We spent time enjoying the fruits of their labor and got to join in by painting and working on floors. A friend of ours finished her doctorate and was able to return home to her family who lived half a world from where she was in school. We had several great visits with my spouse’s mom. I refinished part of her floor for her and put finishes on some unpainted furniture. We celebrated our 36th wedding anniversary and Sophie the dog’s 9th birthday. My spouse made Million Miller on Delta Airlines. Several of my Polyvore.com sets were selected as Top Sets for a day. My flower gardens came into their own this year. Across the year we have been supported by wonderful people who helped us live our lives. They are important parts of us and help define us in the world. We are blessed to have so many good friends and loving family members.

In retrospect, even recognizing the good parts, it really has been a very hard year work-wise and personal-wise. It is not a year we would choose to repeat nor is it a year we want a do-over on. It is what it is. We survived with some dignity and a lot of new found skills including increases in our understanding and practice of patience with each other and with ourselves and to others around us.

From our stories this year, we leave you with some of our favorite quotes.

Tea parties are one of life’s great gifts. Sometimes You Get Regrouped Like it Or Not
18 July 2012, building1Home.com

Stuff is good. Stuff is ephemeral but it is the stuff from which our lives are made. It is the sheets we sleep on, the plates we eat off, the clothes we wear and the possessions that delight and inspire us. On the Meaning of Stuff, 18 July 2012, building1home.com

A house is where you reside; a home is your anchor in the world. The risk we face is letting the desire for the physical place, filled with tangible things, supersede our home. Our home is anchored not by a physical place or tangible things but by a spirit of love, tolerance, struggle and forbearance. House and Home 21 July 2012, building1home.com

I had a large collection of herbs and spices before they burned in the house fire. . . I like to think they rose fragrant like a prayer on the winds of the fire. The Spice of Life 23 July 2012, building1home.com

Dark humor is always part of accepting and describing trauma. Sometimes the humor is funny. Other times it may be perceived as funny by the person making the joke and painful by those hearing the joke. Finding the middle ground between laughing and aching is perhaps a mark of healing. You’ll Do to Ride the River With 31 July 2012, building1home.com

Each action we take creates another action needed. Each path we choose has a path we do not choose. Each dollar committed to one thing is a dollar that cannot be committed to another thing. Opportunities Forgone 5 August 2012, building1home.com

Were they just in the right place at the right time and I was in the wrong place at the same time? We Are All Turtles 11 August 2012, building1home.com

The fire, in its torrid passion, took or left homes without judgment and without intention. We Are All Turtles 11 August 2012, building1home.com

It can be hard to reconcile a memory of a thing with the thing itself. Variable Memories 13 August 2012, building1home.com

It has been a boringly normal day. Work balanced against family all with a background of a dirty house. Variable Memories 13 August 2012, building1home.com

If it is what I am used to, it is just right for me. There is a joke about dogs and routine: “Do it once it is a habit, do it twice it a rule.” I am a dog. I don’t like change. I know that I will have to change. That is OK. Learning to live with change means I will change too. Once I change, I can be a dog again. If I change once it is a habit, if I change twice it is a rule. I Want my House Back 16 August 2012

My dog never does anything randomly. She has an opinion about everything and it is to my peril not to at least check to see what it is. Picking a New House 17 August 2012, building1home.com

Having a place to leave means that you had a place to be. A Place to Leave 20 August 2012, builidng1home.com

Grief is a strange companion. After the immediate jolt of loss, most of the time it follows lightly behind you, little more than a shadow. When you go around the corner you may see it out of the corner of your eye. When you least expect it, you are face-to-face with the crashing feeling of things radically changed and the knowledge that things that can never be the same. That Which Was Lost is Found 28 August 2012, building1home.com

Some things that are lost are not found. Sometimes it is right to know that. That Which was Lost is Found 28 August 2012, building1home.com

It is a melancholy feeling to know that an event that separates your life into before and after is becoming indistinct. It is also a welcomed relief. Psychological Distance 30 Auguts2012, building1home.com

I remember those days as dust and deviled eggs, the cadence of an auctioneer’s voice, metal folding chairs scraped on an old wood floor and above all, good will toward each other. Tuesday Night Auctions, 13 September 2012, building1home.com

Some days are like that. You get to duck the hard part you had been dreading and you get to do what you need to do. Its Been a Quiet Week in Lake Woebegone 26 September 2012, building1home.com

Most days the ghosts are safely tucked away with all good monsters in the closet. Today, they were out and about. Gaps and Ghosts 26 September 2012, building1home.com

Car-car for those of you who don’t speak dog is going for a ride in the car and getting to watch the world go by. Sometimes if you are lucky, you get to stick your head out the window and let your ears flap in the breeze. Errand Road Trip 29 September 2012

Like any loss, we cling to the past until we can see a future, or until some point in the future when we can let go. And the List Goes on Forever 28 October 2012, building1home.com

It is a rather dubious thing to be given various travel perks. To get them you have to be on the road a lot. Perks are nice but your own bed is a lot nicer. What Travel Perks and Dog Passports Taught Us Today 30 October 2012, building1home.com

Some loss can be remediated by finding the lost item. Other losses are so profound that they cannot be remediated; only redeemed through the spirit of forbearance and love. Crushed Under the Weight of the Grief and Paperwork of Loss 18 November 2012, building1home.com

It is easy to be cynical about the world since there is so much going on at any moment but it is good to have the experience of one affirming interaction in one moment. In that moment you can feel cared for. You have given others control and in that moment you find freedom. 12 Dec 2012, building1home.com

It was like waltzing to the most beautiful music that exists, the music of compassion extended from one stranger to another. The Compassion of Strangers 22 December 2012

It is a place where pain shows and love responds. A Place to Wax Strong and Grow in Wisdom 24 December 2012

As any of dog can tell you it is good to sleep the peaceful sleep that comes from a loved, full tummy. A New Christmas 25 December 2012

We learned that loss can be part of a good Christmas. A New Christmas 25 December 2012

It is important to let others in your family know the depths of your commitment to them. It holds us to accountability. Declaring Your Undying Love at a Birthday Party 29 December 2012 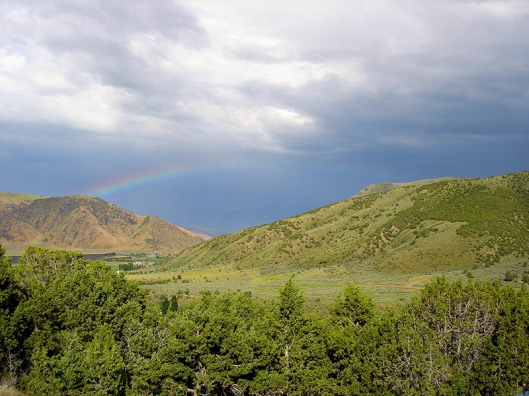